Prev
View All
Next

Dreamforce 2019 had over 3,500 sessions across the four-day event that were broken down by industry, technology and job role. While there were plenty of awesome announcements made at the conference as a whole, Peter Knoll, Solutions Architect and Salesforce MVP and Scott Geosits, Principal Enterprise Architect of the Trifecta tech team broke down some of their top tech-related announcements below.

One of the things to be most excited about is the introduction of the Entity Interface as an abstract object type with its definition and logical layer separated from its data layer. We’ll be able to define an abstract object such as a Quote with its own fields and validation rules and then have any number of concrete objects implement that Quote Entity Interface. This is basically the same as the programming concept of an interface and a concrete class that implements an interface.

The developer keynote at Dreamforce saw the announcement of a few great new features which will help developers be even more proficient at building awesome Lightning apps and components.

The Local Development Server beta is now available to allow developers to build and test Lightning Web Components on their local workstation without having to push to a sandbox first. Changes to the components are updated automatically in the local environment without even having to refresh. A connection to your org or sandbox ensures you will have data to test your components with. This feature alone should greatly speed up development of components.

Salesforce has made over 50 Lightning Base Components available as open source, giving developers a great foundation for jump-starting new component development as well as learning how to properly build Lightning Web Components.

Salesforce has released a new feature called Data Mask, which allows for automatic masking of sensitive data when creating full or partial copy sandboxes from production. In the past, it was up to developers to run scripts or even batch jobs to mask or blank out data after sandboxes were created so the ability to have this automatically happen not only eliminates a manual step but ensures that secure data never makes it out of production into a sandbox environment.

Trifecta is excited to start using these new features to achieve even more efficient development for our clients.

Headless Commerce has become quite the buzzword floating around the e-commerce space. In a nutshell, it is the separation of the front and back end of an e-commerce solution. This type of architecture provides the greatest flexibility allowing each to operate independently without one requiring changes to the other. APIs are used to communicate between the two applications. In the Salesforce ecosystem, Heroku and Mulesoft provide fantastic tools to help with this communication. Headless is seen as decreasing the dependency on IT for user experience projects.

Demonstrations at Dreamforce centered around customers who have implemented Headless Commerce successfully and transformed their customer interactions in both the B2C and B2B spaces. The rich user experiences demonstrated definitely got the team at Trifecta excited. We can’t wait to talk to our customers about how Headless Commerce can help them to more easily brand and get creative around how they incorporate commerce into their sites and interfaces and extend to all devices and viewing formats!

Another announcement the Trifecta team is very excited about is Salesforce Evergreen. Evergreen is a new addition to the Customer 360 platform that allows for the creation of microservices and functions-as-a-service on a fully managed Kubernetes infrastructure, off-platform. This will allow for the use of commonly used and open languages and frameworks, such as Java and Node JS, as well as access to high performance data stores such as Postgres, Redis and Kafka. While we will have to wait till the Spring 20 release for a developer preview, the team is very interested in how we can begin utilizing Evergreen to provide even better engagement solutions to our customers.

Demonstrations at Dreamforce centered around customers who have implemented Headless Commerce successfully and transformed their customer interactions in both the B2C and B2B spaces. The rich user experiences demonstrated definitely got the team at Trifecta excited. We can’t wait to talk to our customers about how Headless Commerce can help them to more easily brand and get creative around how they incorporate commerce into their sites and interfaces and extend to all devices and viewing formats!

These favorites only include a small sampling of the new and exciting announcements, innovations and features discussed at Dreamforce ’19. We would love to talk to you about these and other areas that can help in your digital transformation. Contact us today for a free consultation! 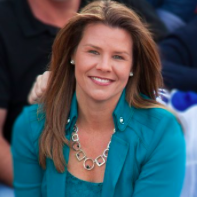 Kendra Hollinger is the Vice President of Strategy & Partners at Trifecta Technologies.